The South side of the square has a rich history of business. In the mid to late 1920s Bowers and Hill Farmer Equipment along with South Plains Chevrolet and P.T. Hill's Whippet & Knight Automobiles were located on this very lot. In the 1940s a supermarket was built here called Furr's. When the popular movement for buildings was to replace old window fronts with aluminum windows is when it is thought that this property was split into 3 buildings instead of one. It is probable that this happened in the late 1950s or early 1960s. The most recent memories that can be told by local Levelland residents today include after the original building was split into two locations. The new addresses were 802 and 804 Austin. 804 Austin has been home to several women's apparel stores. Two of the most well remembered are Hameed's and Your Shop. Your Shop has been in business in this location for over 50 years. They expanded their business to also include children's clothing. The children's section can be accessed by an entrance off of Ave G or through the hallway from the women's section accessed by the entrance on Austin. 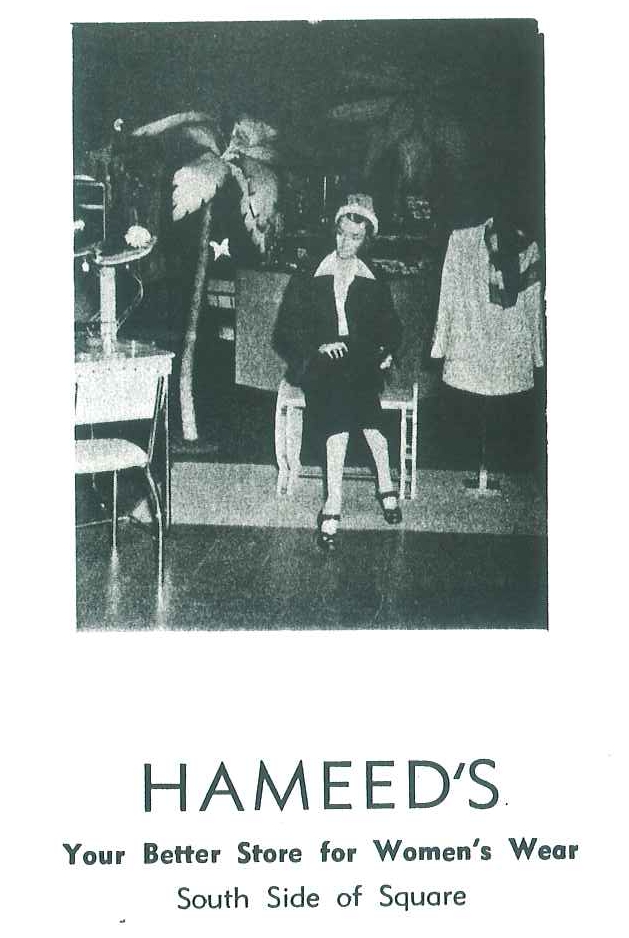 Hameeds advertisement in the El Lobo High School Yearbook in 1951 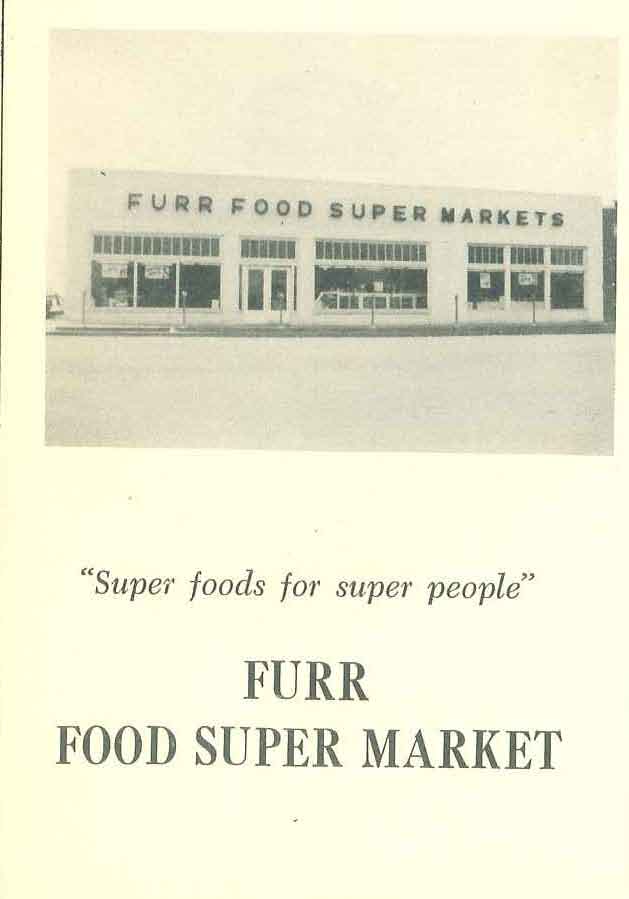 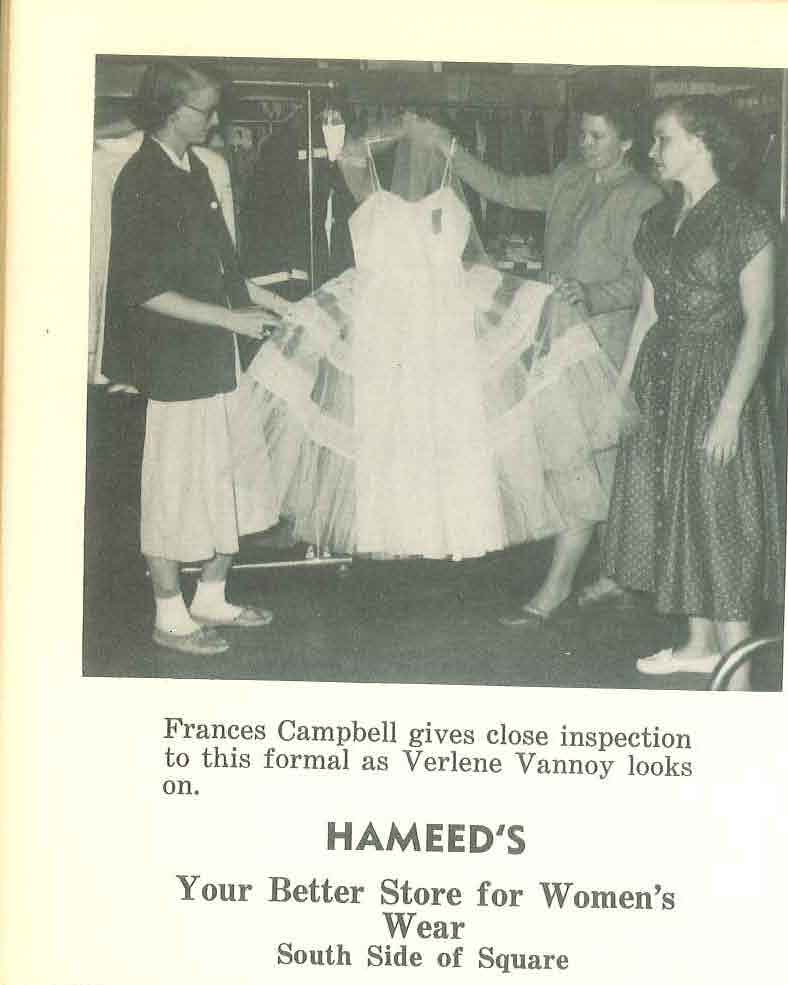 Hameeds advertisement in the El Lobo High School Yearbook in 1953 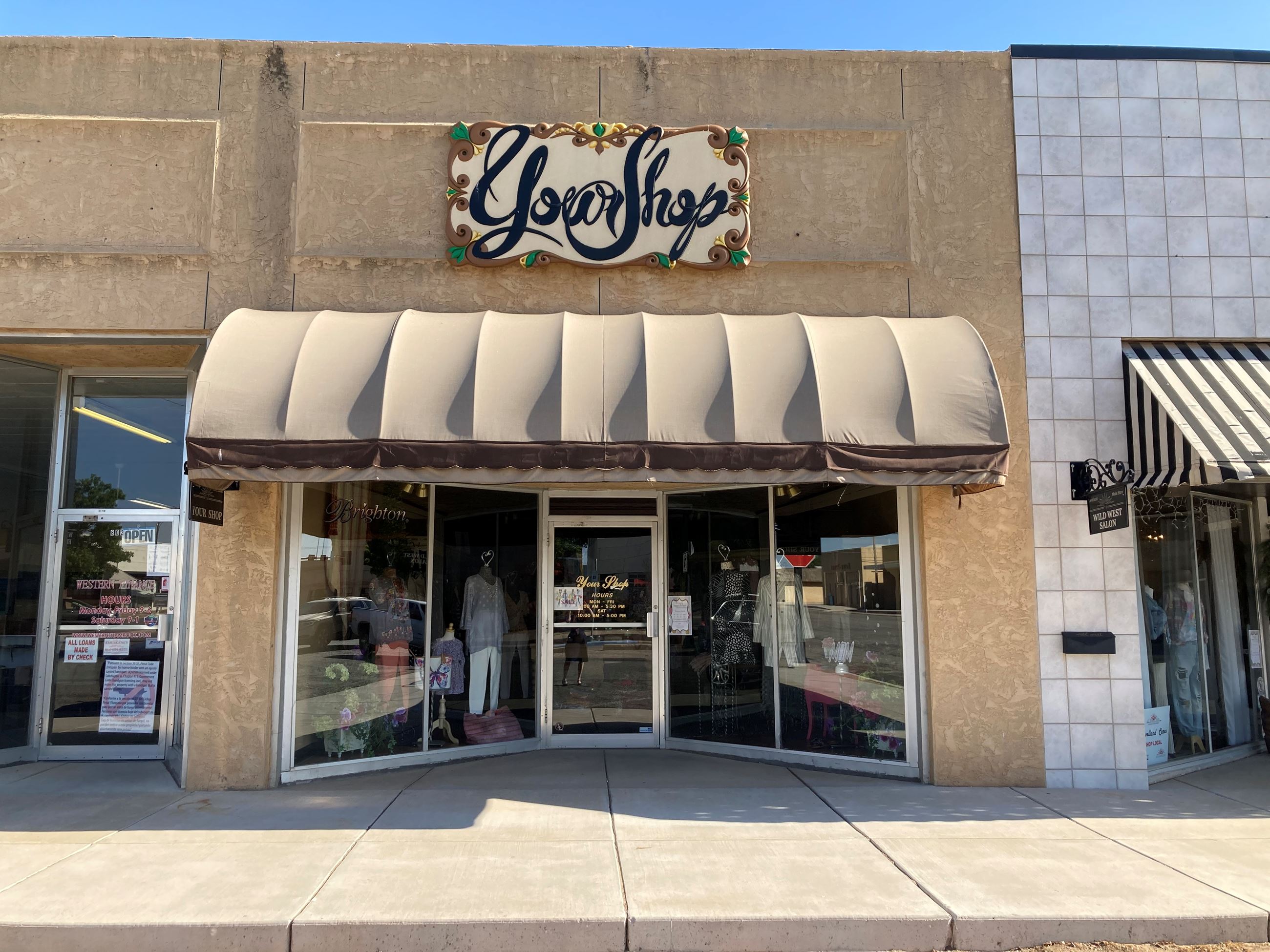 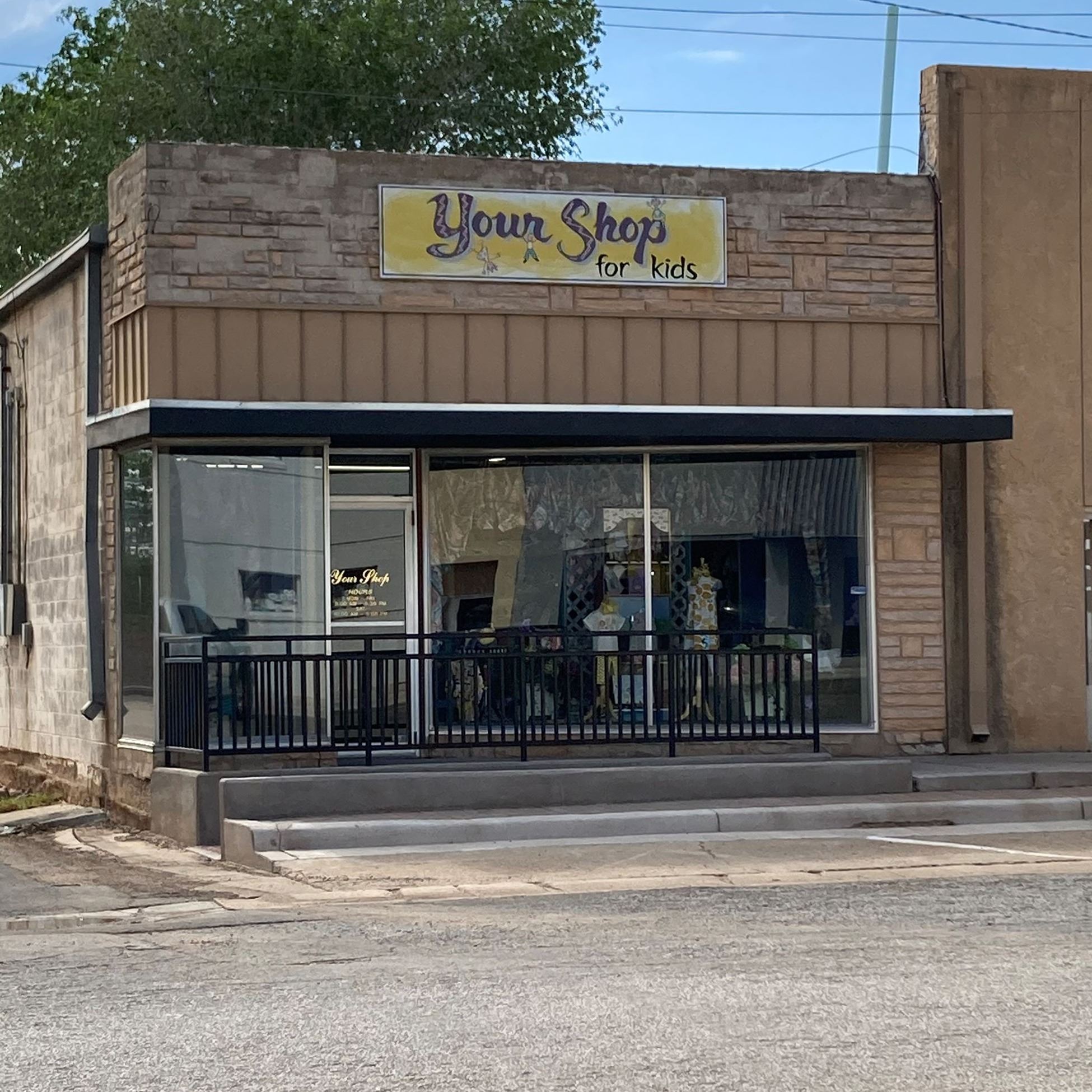 Your Shop for Kids