At the commissioners' first meeting, which was actually held in a Cadillac on the proposed town square, the court ordered that a wooden courthouse be built and a windmill and well be erected on the square. The first courthouse was built in 1921 and in 1922, the town's name was changed to Levelland.

The second courthouse was built on the North East side of the square and would later become The Stroud Hotel, as well as Upshaw Drug, just to name a few.

The last and current courthouse for Hockley County, was built in 1928 in Renaissance Revival architectural style by architect Preston Lee Walker.

The three story courthouse with its classical details included: Ionic engaged columns that create the effect of a 2-story loggia on the second and third floors, and classical cornice and roof balustrade.

Tinted metal frame windows replaced the original ones during later years of renovations and modernization.

This site currently is the center of downtown and its Historic Main Street District. 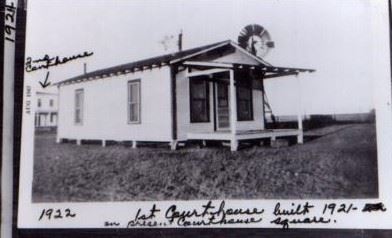 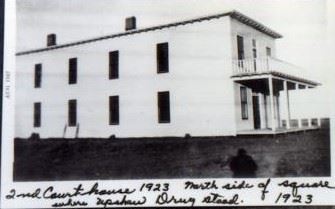 The Second courthouse was built in 1923 on the North
side of the square and would later come the Stroud Hotel. 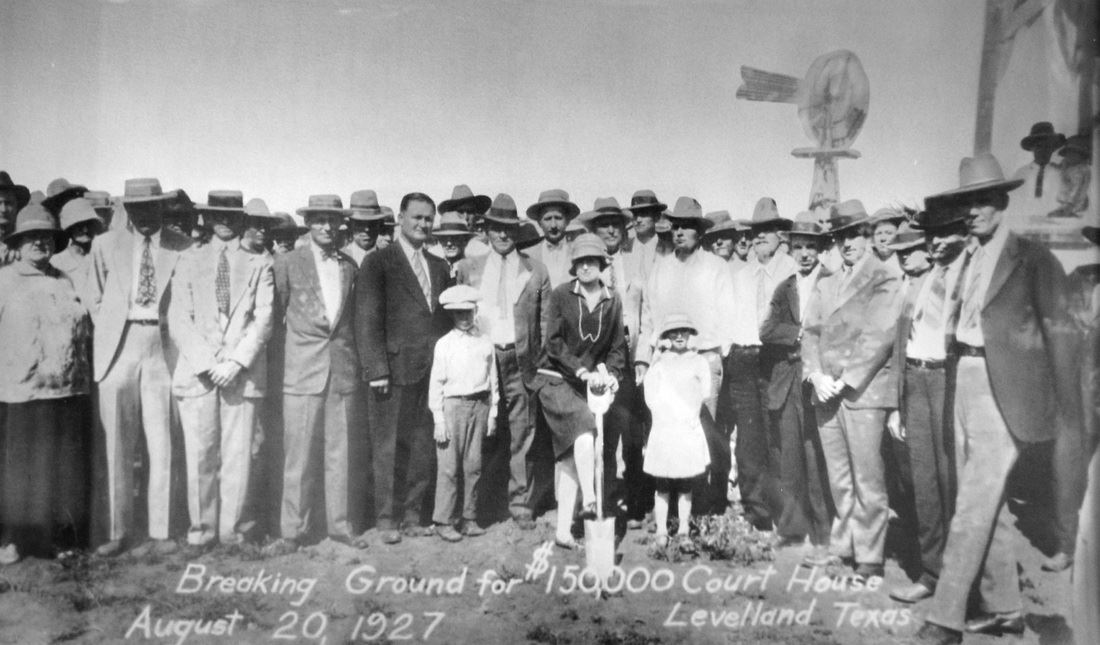 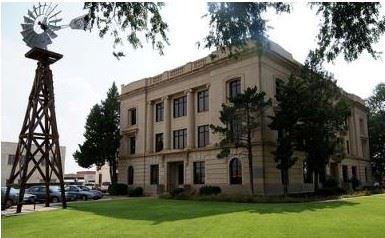 The latest and current courthouse finished in 1928, still in use today.